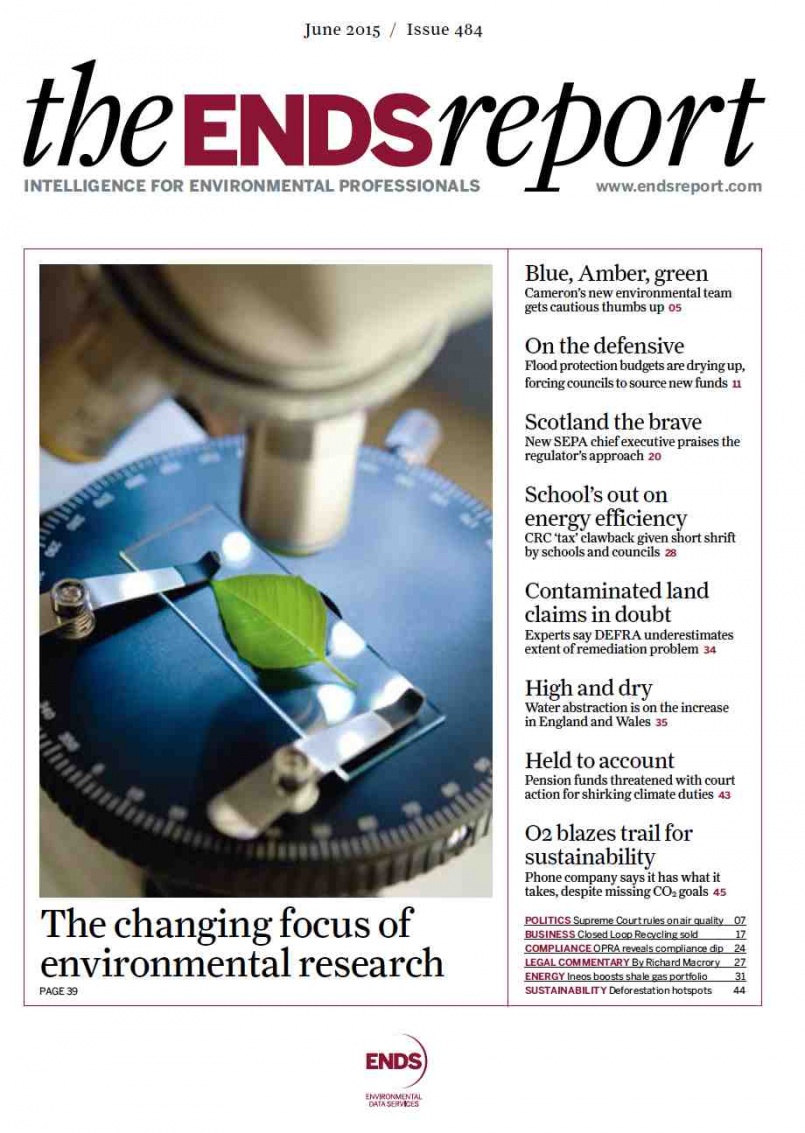 Environmental research is undergoing some of its most significant changes in its evolution, at a time when it is needed most. It has contributed to our knowledge of the planet’s dynamics and the scale and consequences of human impacts, stimulated mitigation technologies and delivered economic benefits. It encompasses pure subjects such as the earth sciences, the study of life through ecology and applied disciplines including engineering, economics and the social sciences. Solutions are often multidisciplinary.

Tens of thousands of jobs at universities, research institutes and businesses rely on environmental research, not to mention the business impact of resulting technologies and spinoffs. In the UK alone, 45 universities have earth systems and environmental science departments, and 74 have geography, environmental studies and archaeology departments.

Other UK government efforts target applied research, including half a billion pounds in 2014/15 through Innovate UK, which facilitates ‘knowledge transfer’ between business and research to ‘accelerate economic growth’. Priority environment themes include energy, bioscience, built environment and resource efficiency. Mike Pitts, Innovate UK’s head of sustainability, explained their priorities: “Most innovators find it difficult to think about social challenges and externalities. We can see challenges across many industries, and bridge the gap between science and business”. Examples include a textile dyeing absorbent which is reducing energy and water in laundry processes, and Bactest, used to measure bacteria in energy-hungry processes such as sewage treatment, brewing and food production. Pitts estimates there is a £6-7 return for every £1 spent.

Despite this, UK government is not investing as much on all research as other OECD countries, and is not in the top ten at only 0.50% of its GDP (according to the Royal Society, based on 2012 figures) - Austria invests 1.15% of its GDP.

Large sources of funding are also available elsewhere. The European Commission’s €80bn Horizon 2020 programme is funding innovation and market-leading ideas over 2014-20 for European researchers and SMEs. Themes include energy, transport, climate action, environment, resource efficiency, food security, sustainable agriculture, forestry, marine and water research and the bioeconomy. UK redbricks have a strong record of attracting EU research funding. Private sources such as foundations, other privately funded groups and businesses also contribute to research, over double that provided by government, but the OECD estimates that the UK is again outside the top ten, with 1.23% of GDP invested in R&D by private sources.

Environmental research is changing fast, in particular from the need from funders for greater ‘impact’, meaning greater application to end results, and particularly the economy. This is leading to a shift towards more multidisciplinary research teams, some of who would not have worked together in the past.

Corinne Le Quéré, director of the Tyndall Centre for Climate Change Research, says: “Increasingly, projects have a mix of natural scientists, engineers, economists and social scientists.” New relationships with industry are also encouraged. Examples include Nexus 2020, run by the University of Cambridge’s Institute for Sustainability Leadership, which brings together scientists and businesses to choose priority research areas in energy, water, food and environment.

Results must also be more effectively disseminated to meet funder needs, and the need for broader reach is growing. Professor Le Quéré recognises this need for better communication, and even puts a figure on it: “I think scientists should spend about 20% of their time on communicating with the users of research and with the general public. It’s not just a change to the funding pattern that’s needed – we need a cultural shift too.”

Communication using digital and social media, films and infographics have become more popular. However, this element of a proposal is not always evaluated so many applicants are still falling short of expectations. But this shift to impact-driven research should not come at the cost of pure research, cautions Professor Le Quéré.

Sustainability skills are an underdeveloped domain according to many professionals, who have called for greater emphasis on the basics such as numeracy, modeling and translating research into practice. This may be, in part, because environmental research competes with more lucrative career opportunities.

Open access to findings and results is also a growing trend, particularly from public funded sources. However, This comes at a time when some research processes are being privatized, such as the Food and Environment Research Agency (FERA)’s contract award to Capita. This may keep hidden some results, particularly those that confer commercial advantage.

In general, research is becoming increasingly competitive, with some contributors experiencing a success rate of less than one in ten for some funding streams. The balance of funding is also changing, with more coming not only from the EU but from CGIAR Centers (an international network of 15 non-profit research organisations), the UN and development banks, and private sector. More is coming from developing countries too.

For the UK to fully exploit the potential of environmental research as an engine of economic growth, more investment will be needed. During a time of fiscal austerity, continual innovation and application is becoming politically necessary to justify investment. But pure environmental research remains important and is likely to have a more extensive impact as findings become more accessible.